Pioneer Press published that a $10.2 million project to house homeless veterans also would bring life to a stretch of century-old Fort Snelling buildings that have sat vacant for decades. 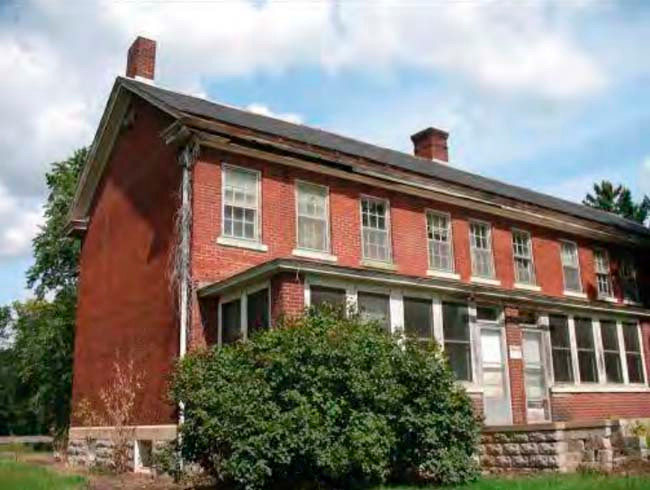 Undated handout photo of the NCO Quarters for 2 families on the Fort Snelling grounds. The building was built in 1904 and is owned by the Veterans Affairs Medical Center. (Courtesy to Pioneer Press: Hennepin County; Prepared by Miller Dunwiddie Architecture and Hess, Roise and Company)

A $10.2 million project to house homeless veterans also would bring life to a stretch of century-old Fort Snelling buildings that have sat vacant for decades.

St. Paul-based CommonBond Communities and Sand Cos. of St. Cloud will develop 58 rehabbed housing units for the vets and their families, the U.S. Department of Veterans Affairs said Monday. As many as five buildings could be fixed up under the project.

About a year ago, the Boy Scouts of America Northern Star Council opened an “urban base camp” in another old Upper Post building, and preservationists hope this new effort will spur work on nearly two dozen other mothballed historic structures in the area.

“It’s very exciting to see this type of development,” said Bonnie McDonald, executive director of the Preservation Alliance of Minnesota. “The Boy Scouts were the first to successfully re-use one of the Upper Post structures, (and) they’re certainly the catalyst for others who will follow in their footsteps.”

“More has happened out there in the last five years than in the previous 30,” Liddy said. The VA plans help “reinforce that this is an important site,” he added.