Many hands make for light work

The work of many hands makes new local housing opportunities a reality at Beacon Hill in Grand Rapids, MN, which celebrated its grand opening in August 2016. 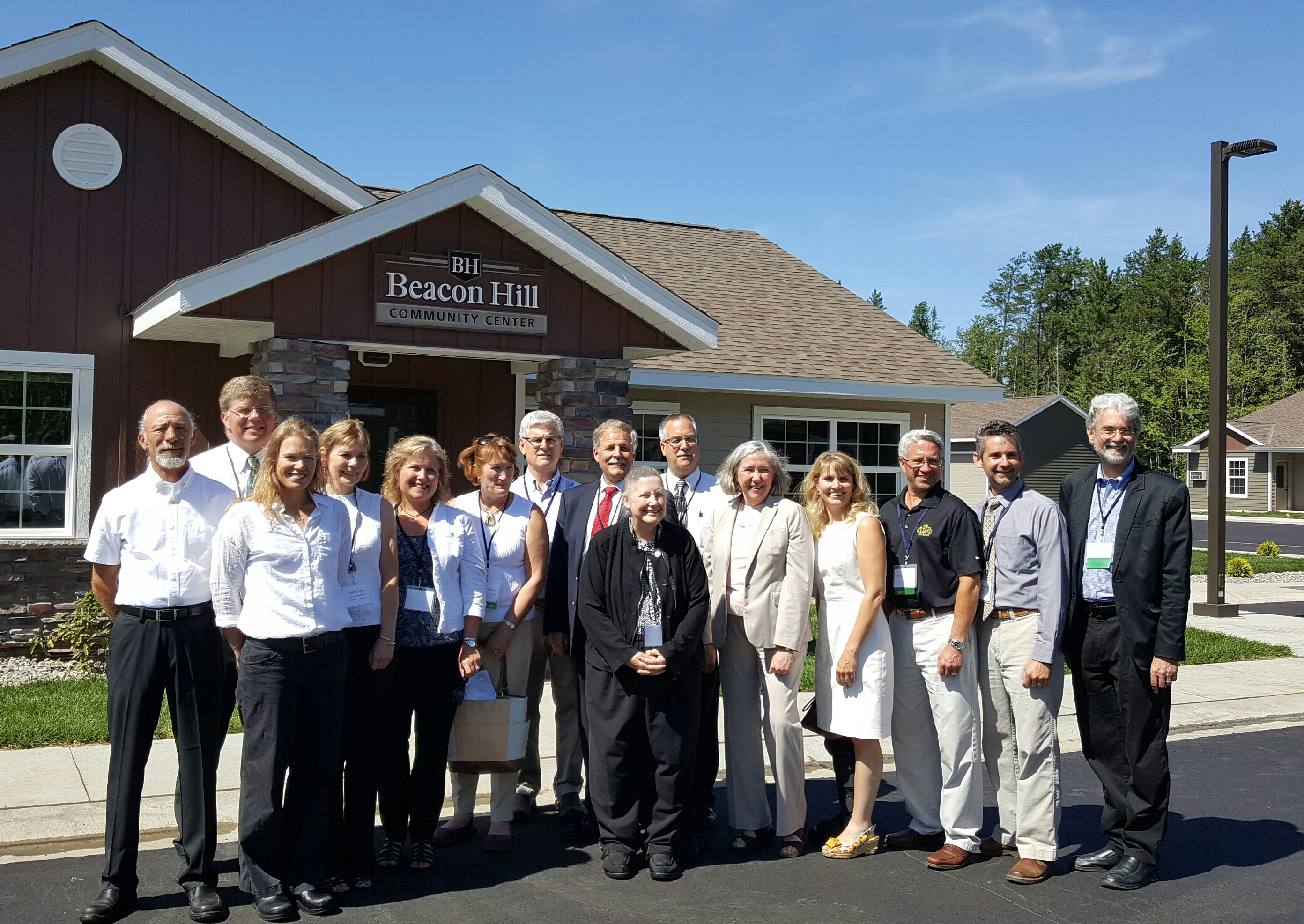 “Can you imagine people playing games and being social here?”

Those who accompanied Audrey Moen on a grand opening tour of Beacon Hill this Wednesday were treated to encouraging portraits of the dream for the new supportive housing development in Grand Rapids.

Moen is Housing Manager with Northland Counseling Center and one of several members of the Itasca County Housing Institute Team who took action to address local housing needs.

When a study by the Wilder Foundation found that homelessness increased in Itasca County by 22 percent in three years, the Housing Institute Team initiated a housing study and established a goal to develop permanent supportive housing opportunities.

After dozens upon dozens of meetings, several mandated trainings held throughout northern Minnesota and careful planning, the team accomplished an amazing goal in the construction of Beacon Hill, a 48-unit affordable rental housing development that officially opened to occupants Aug. 1, 2016.