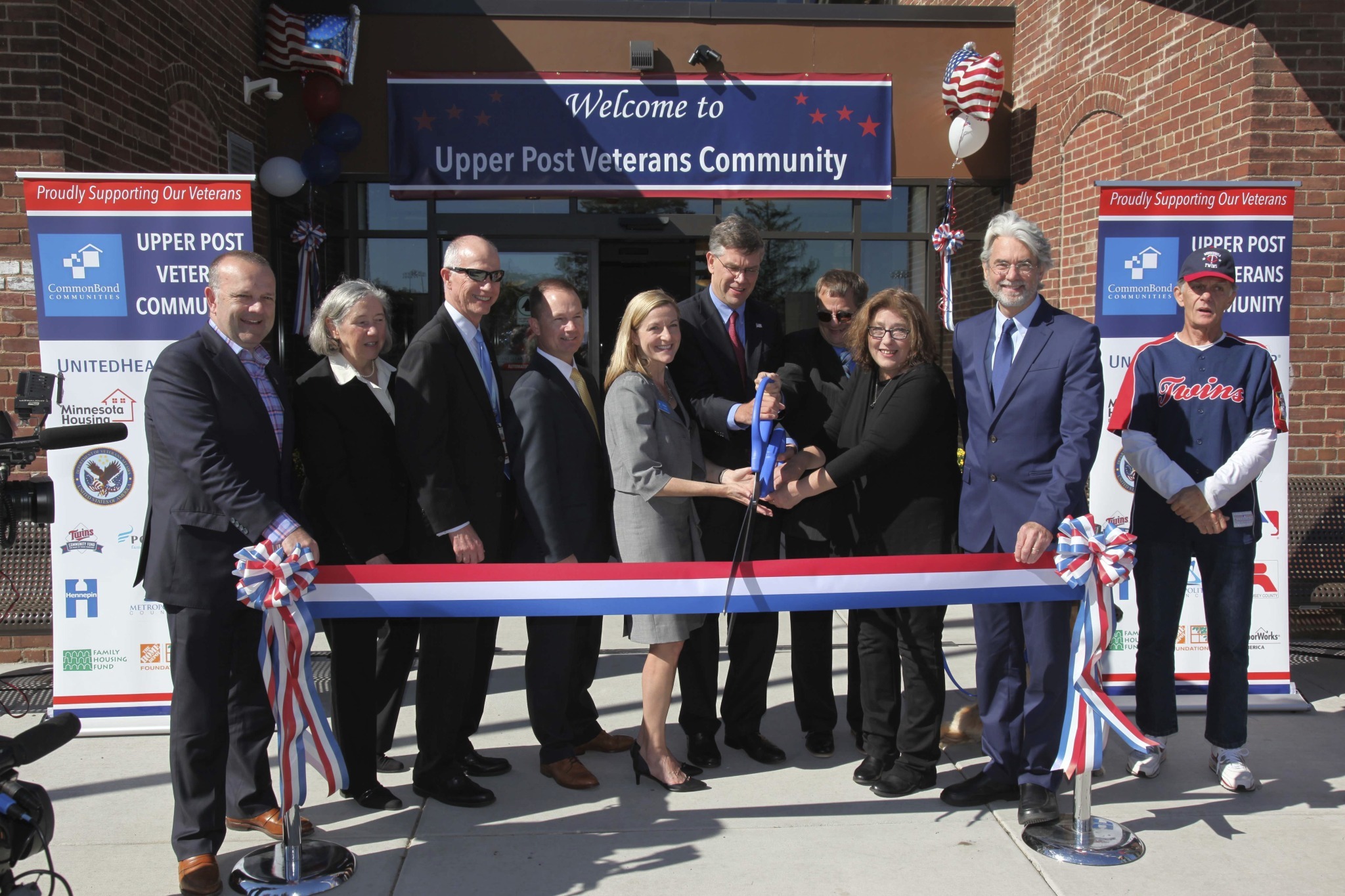 Military veterans and their families struggling with homelessness now have new homes and resources to help end the cycle of homelessness, with the completion of a 58-unit affordable-housing community at Fort Snelling.

Austin Poons, a veteran who served in the United States Army in the 1970s, was one of the first residents to move into Upper Post Veterans Community. Through the years, Poons has suffered from post-traumatic stress and major depressive disorder and in recent years has struggled with homelessness. Along with his nine-year-old golden retriever, Dutchess, Poon’s new home and life is making a difference. He and Dutchess keep a busy schedule helping others and volunteering at the Veterans Hospital.