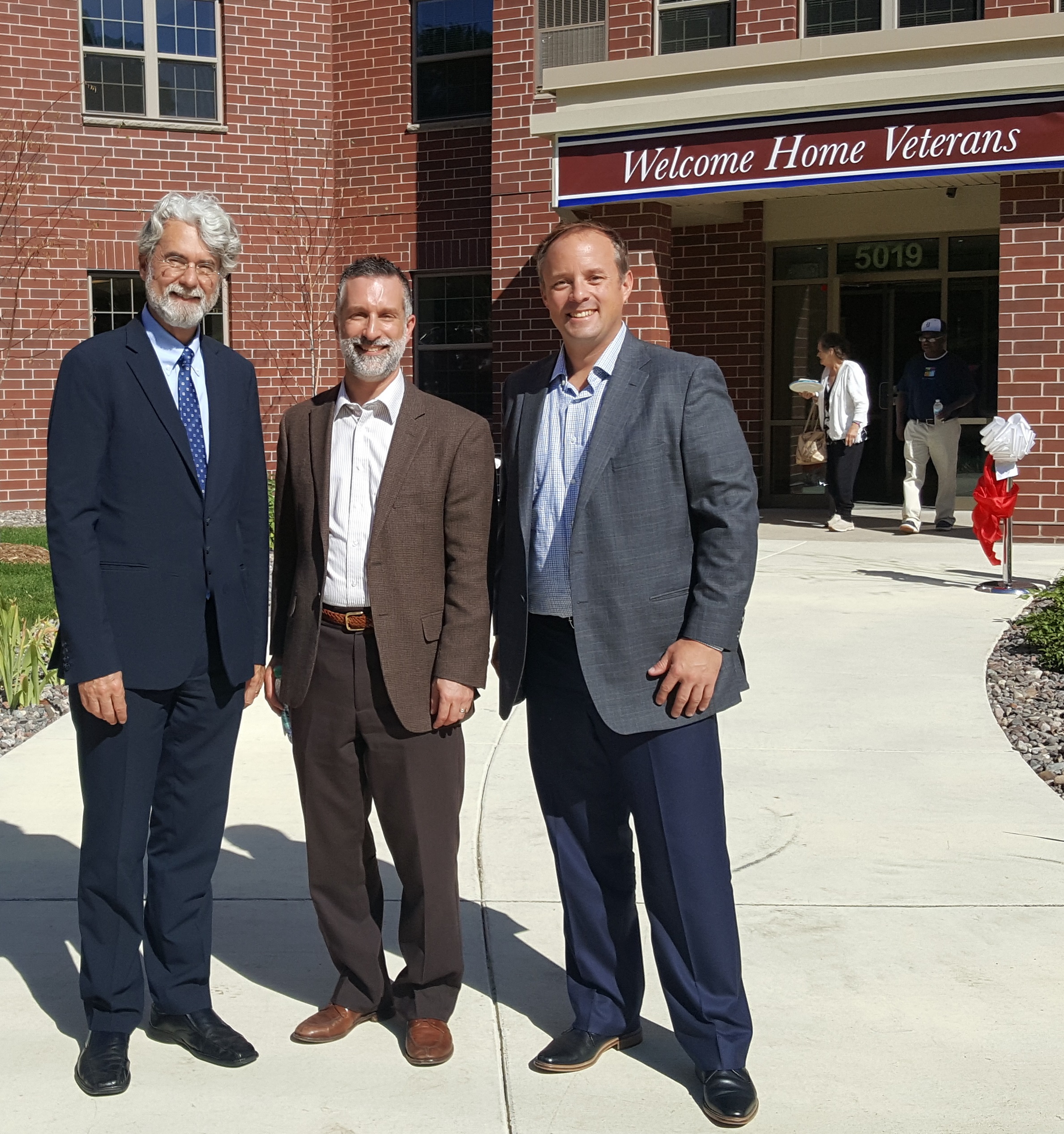 A new affordable housing development for veterans struggling with homelessness has opened this fall in the Twin Cities. Adjacent to the VA Medical Center near Fort Snelling, the 100-unit Richard A. Brustad Homes makes another dent in reducing veteran homelessness in the state.

According to the latest figures, homelessness among Minnesota’s veterans has fallen by 61% since 2010. The development is the second phase on the site for Minneapolis-based Community Housing Development Corp. (CHDC). In 2006, it built the 140-unit Veteran’s Community Housing Apartments.

“After completing the first phase and continuing to see such a huge need not only at the property with a wait list, but in the Twin Cities metro area, we decided to start the second phase,” says Heidi Rathmann, senior vice president of housing development for CHDC.

Named after the late Dick Brustad, the founder of CHDC and a leader in providing affordable housing in the Twin Cities, the development is helping to provide access to health care, education, and job training for the veterans, who range between the ages of 35 and late 70s or early 80s.

BDC Management works with an on-site service coordinator to ensure residents have the appropriate linkages to services and are connected to the appropriate people at the VA Medical Center.

“That model has worked very well for this population,” says Rathmann. “We don’t need to recreate the wheel with services, but we make sure they are in touch with those who can help them.”

The five-story development also includes a lobby with security, a community room with a kitchenette, computer stations, and a laundry facility. The one-bedroom units serve residents who earn between 30% and 50% of the area median income.

Completed in September, the development is expected to be fully leased by the end of November.

Rathmann also says the initial residents have set a tone of camaraderie. “The vets population seems to hit it off easier than other populations,” she says.

She adds that CHDC is seeing a sense of camaraderie from the surrounding community.

“The whole last 60 days has been an interesting experience because the development has been so well received in the community and the state,” Rathmann says. “It’s amazing the amount of calls and support we’ve received from people who want to donate socks, food, or furniture. People generally have a special spot in their hearts for the vets, and this development has received generous support.”

The $14.4 million development was financed primarily by 4% low-income housing tax credits and housing infrastructure bonds from Minnesota Housing. UnitedHealth Group was the largest private investor, providing $5.2 million in equity through a partnership with Minnesota Equity Fund and Cinnaire. Additional financing was provided through the Federal Home Loan Bank of Des Moines through member Western Bank, Hennepin County, CHDC affiliates, and energy and sales tax rebates. The VA also provided a 50-year lease for the land.