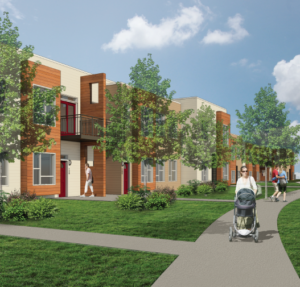 A new place to call home

As reported by Matthew Liedke in the Bemidji Pioneer on Oct. 27, 2017. The atmosphere in downtown Bemidji was charged and optimistic Friday morning, as government officials, organization personnel and business leaders celebrated the opening of Park Place Apartments. The complex, managed by the Duluth-based Center City Housing Corp., includes 60 units, with 40 dedicated… Read more