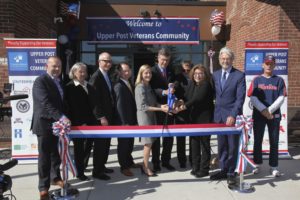 Military veterans and their families struggling with homelessness now have new homes and resources to help end the cycle of homelessness, with the completion of a 58-unit affordable-housing community at Fort Snelling. During a ceremonial ribbon-cutting and open house, newly moved-in residents, veterans groups, project partners and community leaders heralded Upper Post Veterans Community as… Read more 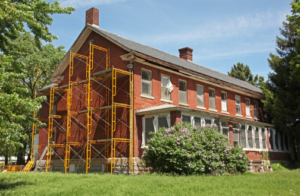 Thousands of active military personnel have served at Fort Snelling in Hennepin County, Minn. since the historic fort was built in the early 1820s. Two centuries later, it will be Fort Snelling’s turn to serve veterans when five historic buildings in its Upper Post section are rehabilitated into a 58-unit permanent supportive housing development for… Read more 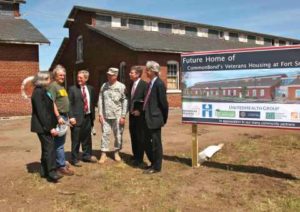 Construction underway for affordable housing for homeless veterans and families 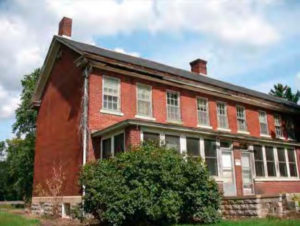 A $10.2 million project to house homeless veterans also would bring life to a stretch of century-old Fort Snelling buildings that have sat vacant for decades. St. Paul-based CommonBond Communities and Sand Cos. of St. Cloud will develop 58 rehabbed housing units for the vets and their families, the U.S. Department of Veterans Affairs said… Read more